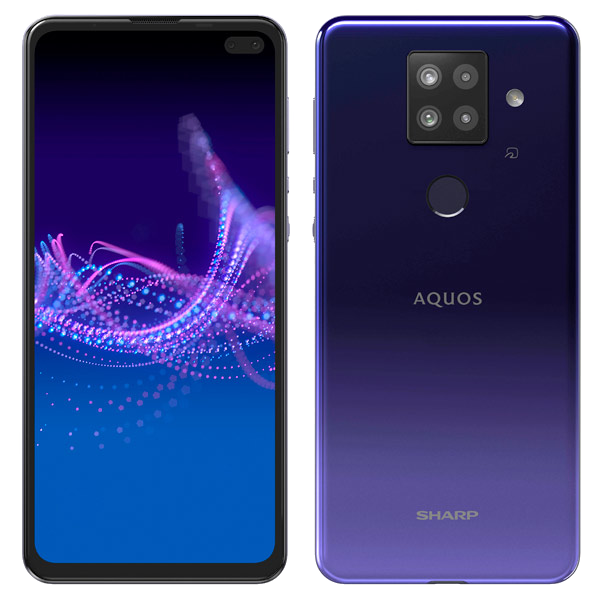 Rakuten is Japan's first mobile operator to launch the Aquos sense4 plus, which Sharp announced on 11 September as part of their Winter 2020 collection. It improves upon the Aquos sense4 in a number of notable ways.

The phone will start selling "after the end of November 2020", the price is still to be decided.

The display is significantly larger: 6.7 inches compared to the 5.8" on the Aquos sense4. This is actually the largest display in the history of Aquos smartphones. Image quality is enhanced using Rich Color Technology Mobile that Sharp have developed from their Aquos LCD TVs and that is found on flagship models and, as of recent, on the "plus" versions of the Aquos sense line. Curiously, this is not an IGZO display, but looks like a new development of Sharp's traditional a-Si LCDs.

This is also Sharp's first phone that has a 90 Hz refresh rate and detects touch at 120 Hz – for smooth display with little afterimage and agile response, which is great great news for gamers. Another gamer feature is the ability to hide notifications while playing.

To achieve loud and clear sound reproduction, the Aquos sense4 plus has two stereo speakers built in at the top and bottom of the phone.

The processor powering the Aquos sense 4 plus is the same Snapdragon 720G but the amount of RAM has been doubled to 8 GB and storage has been increased two-fold to 128 GB in comparison with the basic model.

The camera setup is also impressive: the rear camera consists of four sensors, while front-facing one consists of two sensors. This is a first for a Sharp phone.

The inner camera has one standard 8-megapixel sensor, f/2.0 aperture, 77.5° wide-angle with a focal length equivalent of 26.4 mm, and one depth sensor with 2 megapixels and f/2.5 aperture.