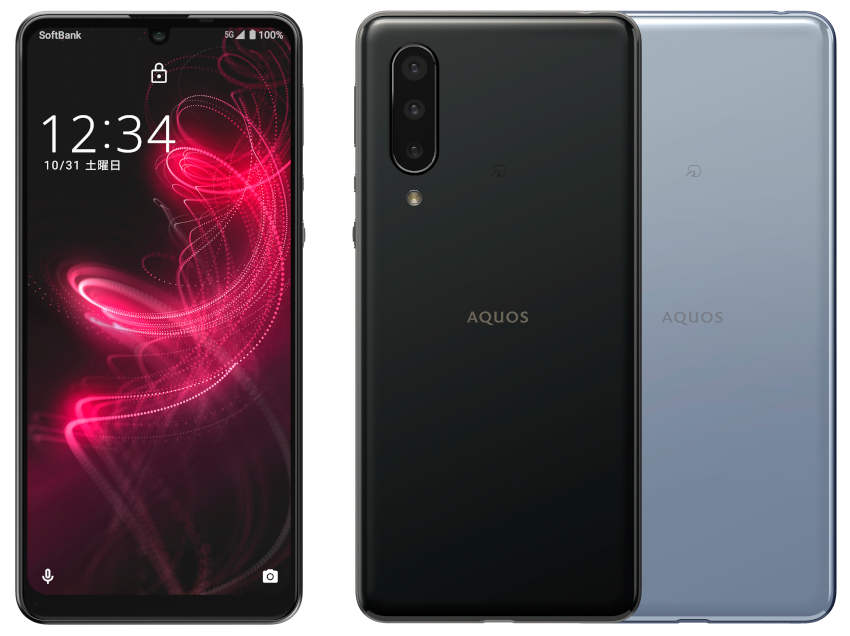 SoftBank are the second Japanese carrier to announce the Aquos zero5G basic in its line-up, with sales scheduled to begin on 9 October 2020 under the model name Aquos zero5G basic A002SH. It will be available in black and blue – but in the less powerful variant: 6 GB of RAM and 64 GB of ROM, unlike the version launched by AU, which has 8 GB/128 GB of RAM/ROM respectively. Those looking forward to the upgrade will have to shell out 65,520 Yen or 623 USD (the AU variant sells for 81,315 Yen or $769).

The Aquos zero5G basic was officially announced by Sharp on 11 September and looks like the top model in the Winter 2020 collection. (But we might still see an upgraded variant of the Aquos R5G.)

This "basic" Aquos zero5G comes with a 6.4-inch OLED screen with a resolution of 2340 x 1080 pixels. Judging by the description, this is the same display as the one installed on last year's model – an awesome piece of technology nonetheless.

Capable of reproducing 1 billion colours, like the IGZO LCD on the Aquos R3, this OLED employs 10-bit colour processing and TrueHDR10, the same as on professional graphic designer monitors. Inserting one black frame between each of the 120 frames in the new OLED screen, Sharp have effectively achieved 240 refresh cycles per second, virtually eliminating any afterimage effects that may still have been observable by very keen eyes in 120 Hz models. This also leads to a dramatic improvement in touch performance – something phone gamers should find is giving them great advantage. The official announcement claims touch-screen response has seen 80% improvement.

The phone is compliant with high-quality image reproduction standards, including HDR, HLG, VP9, and YouTube HDR. For a realistic sound reproduction, the stereo speakers are compliant with Dolby Atmos, aptX™ HD, aptX™ Adaptive, and TrueWireless™ Stereo Plus, LDAC. The 3.5 mm earphone jack is there, as you'd expect if you wanted to enjoy quality sound on your headphones.

The camera setup on the Aquos zero5G is nothing short of impressive and consists of three sensors on the rear and one on the front panel. On the rear we find:

Selfie maniacs will be pleased to learn that the front-facing sensor has 16.3 megapixels, f/2.0 aperture size, wide-angle 73° that is the equivalent of 29 mm.

Like all recent Sharp phones, this one, too, comes with the Emopa personal assistant built-in (ver. 12).

The 4050 mAh battery is coupled with intelligent charging that allows you to use the phone (play games) while charging without overheating the phone or without deteriorating the battery as quickly. Thanks to the unique heat dissipation design, introduced in the first Aquos zero and further improved in the second iteration, the Aquos zero5G basic will remain cool even in hot situations.

Digital terrestrial television is not supported, like in the previous Aquos zero models.

A new function is the ability to quickly launch your preferred payment app by pressing and holding the fingerprint sensor (Pay Trigger).

Another novelty is dualband GPS that achieves both high-speed positioning by L1 and accurate positioning by L5, which make it possible to detect signal even near high-rise buildings and three-dimensional elevated buildings, where standard GPS is prone to errors.