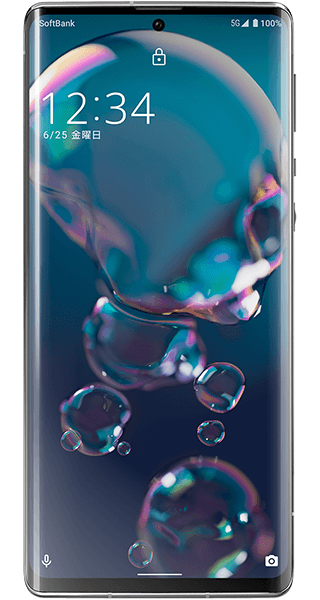 Sharp Japan announced their 2021 flagship on 17 May, with a slight delay. This long-awaited announcement did indeed manage to surprise.

While every other manufacturer is scrambling to put more and more camera sensors on their phones – and so had Sharp for their older flagships and current mid-range phones – this Aquos R6 comes with one sensor. But what a sensor!

Working in collaboration with Leica, Sharp have created the world's largest sensor to be installed on a mobile phones, a 1-inch beast that captures the light of a total of seven lens. The sensor area is approx. 5 times bigger than that of last year's Aquos R5G's standard camera. The masterpiece 7-element lens mechanism is dubbed Summicron (as other Leica lens) and promises 1/10 of the distortion other lenses have for precise depiction of the shooting object. The lens also comes with genuine optical (not digital) bokeh effect, and also indefinitely reduce overexposure and underexposure, as well as excellent low-light performance, which would explain why the aperture is f/1.9 – seemingly worse than the f/1.7 of the earlier model.

The 20.2-megapixel shooter is paired with laser-guided time-of-flight lens that can focus on 340 points simultaneously, which is how it manages to capture objects in even the darkest of environments. The Leica-Sharp cooperative camera also features 2x optical zoom.

The front-facing camera is 12.6 megapixels, f/2.3 lens, wide-angle, and is housed in a miniature hole in the display.

The camera isn't the only surprise in the Aquos R6. The flagship also boasts the world's first Pro IGZO OLED display that combines energy-saving performance with smooth after-image suppression thanks to variable refresh rate – this time from 1 Hz to 240 Hz. Earlier models could switch between 60 Hz and 120 Hz, and 240 Hz achieved by inserting a black frame between every normal frame – first introduced in last year's Aquos zero2.

The Pro IGZO OLED offers the world's highest peak brightness of 2000 nits and stunning HDR quality thanks to a 20 million to 1 contrast.

To ensure you enjoy your Aquos R6 for as long as possible, Sharp have added a 5000 mAh battery with intelligent charging that suppresses battery deterioration.

The fingerprint sensor on the Aquos R6 is built-in under the display and is equipped with Qualcomm 3D Sonic Max technology and is eleven times larger than the conventional sensor on the Aquos zero2 – and is actually the world's largest. Also supported is face recognition.

The Aquos R6 measures 74 x 162 x 9.5 mm. This is quite a hefty device weighing in 207 grams. What happened to the super-lightweight technology of the Aquos zero and Aquos zero2?

SoftBank will offer a black version and a white version of the phone (A101SH) but the price is as yet undecided. The Aquos R6 will be available to purchase after mid-June 2021.